I could watch 100 episodes of “Mrs. Fletcher,” even though the complete set of seven developed by creator and writer Tom Perrotta minutely cover the topic at hand. So sweet in its devotion to blemished characters, so charming in developing their experimental dalliances, the new HBO limited series tells two stories of a mother and son’s parallel awakenings — the latter as he learns to be a man, and the former as she (finally) prioritizes her own identity over that of a wife and mother.

Eve (played with indomitable compassion by Kathryn Hahn) and Brendan Fletcher (newcomer Jackson White, giving an impossibly endearing turn) are a fascinating pair — her a bashful, kind-hearted dreamer and him an ignorant, insensitive buffoon. Perrotta’s suburban tale gently pokes at their misplaced shame and lack of awareness (respectively), creating an easygoing yet potent satire of suburban malaise, confused sexuality, and gender politics. By the time the seventh and final episode wraps, their individual arcs connect for a meaningful ending — and yet you only want to spend more time with these blossoming New Englanders.

Based on Perrotta’s best-selling novel, “Mrs. Fletcher” picks up as Eve packs up her son for his first year of college. Oblivious to his mother’s efforts, both physical (getting all his shit neatly prepped for transport) and emotional (connecting with her son before he leaves home), Brendan piddles away on his phone, texting his buddies for one last party and hitting up a young woman for one last night of fun. Though Eve wants one last night with her son, Brendan doesn’t get it, and this is how the two part ways: one blindly into a new world he expects to cater to him just like the old, and the other sadly hoping for something more without really knowing where to look. 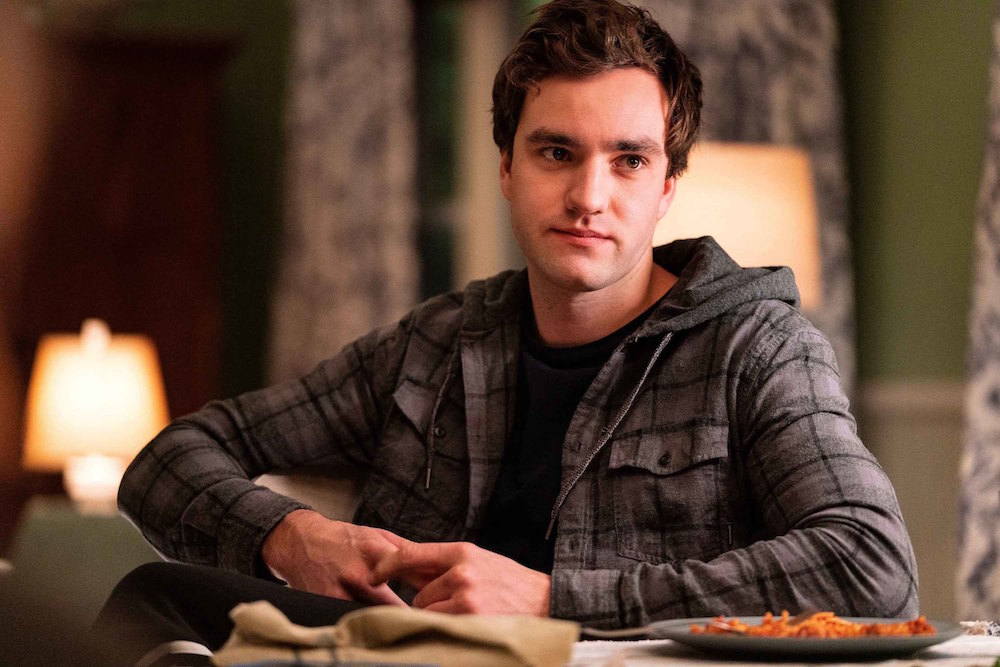 Hahn is an absolute joy to watch. The early timidity she expresses through Eve is as precious as her developing backbone is strong, and Hahn forms both into a potent mix of embarrassment and resolve — Eve knows what she’s doing might be frowned upon by her buttoned-up suburban friends, but she also knows there’s nothing wrong with what she’s doing or what she wants. Hahn never trades in Eve’s emotional intelligence for a cheap laugh. If she wants to put Modern English’s “I Melt With You” on the jukebox and dance, she’s going to own that that’s what she wants, which is a stepping stone to owning more parts of her own identity; more parts of herself that are purely hers; all the parts she has to rediscover after spending a lifetime looking after a husband and then a son.

There’s a lot of silence in “Mrs. Fletcher”; a lot of scenes where Perrotta, along with pilot director Nicole Holofcener and executive producer Helen Estabrook, trust the audience to process maturation through seemingly small choices, actions, and statements. That puts a lot of weight on the actors to make sure each moment lands, and Hahn is more than up to the challenge; she imbues Eve with all the above character traits and makes them accessible, clear, and completely her own. But White gives as good as he gets. For a kid who’s often caught staring blankly at his phone or punching down at anyone he doesn’t try to understand, White evokes a lot of empathy for an idiot and a bully. It’s clear how much of his identity has been shaped by an absent father (played with thankless sincerity by “Eighth Grade’s” Josh Hamilton) and an overly dutiful mother. What it means to be a man is a question Brendan is ill-equipped to answer no matter when it was posed, but he’s especially clueless by 2019 standards.

Overall, “Mrs. Fletcher” is keyed up to stimulate questions like this — along with how gender stereotypes can wreak havoc on personal fulfillment — and it isn’t afraid to show its two leads’ mistakes in order to drill home points. After all, real people make mistakes all the time, and Eve and Brendan are as real as fictionalized people can get. Studying them in this way, without breaking the edifying window we have into their lives, can lead the show into an unorthodox pace, especially for a limited series. “Mrs. Fletcher” almost feels like a sitcom, in that you’re being invited to check in on these characters as they go about their day-to-day.

It’s mainly through the series’ ending, which is purposefully abrupt, that “Mrs. Fletcher” deploys its long-gestating message. Perrotta & Co.’s adaptation fights back against the idea that society, culture, or anyone, really, can tell you who you should be, let alone who you are, while still reminding a historically privileged group (coughmencough) that self-actualization isn’t a birthright, but a journey requiring reflection and respect. “Mrs. Fletcher” is a deeply empowering satire, and one so in touch with its motivations and characters that you’ll wish you could visit Eve and Brendan every week for as long as they’d let you. Seven episodes is enough to tell the story, but the dynamic this team has unearthed could be sustainable for many, many more.

“Mrs. Fletcher” premiered Tuesday, September 10 at the Toronto International Film Festival and will debut October 27 at 10:30 p.m. ET on HBO.