At this year’s D23 Expo, we learned that the Marvel-themed land at Disney theme parks around the globe will each be called an Avengers Campus, where guests are “recruited” to help their favorite Marvel superheroes battle the forces of evil. Now there’s a new piece of concept art for the Disneyland Paris version of a new Avengers attraction, as well as some “super” impressive Marvel hotel concept art, giving us a look at the first-ever hotel dedicated entirely to Marvel artwork.

Avengers Campus locations will be rolled out at Disney parks around the globe starting in 2021, and you can read all about that and see even more concept art here. We saw some early looks at the Disney California Adventure version of the Avengers ride which lets guests step on board a Quinjet, and this new artwork (via Attractions Magazine) shows off the attraction’s exterior at Disneyland Paris. 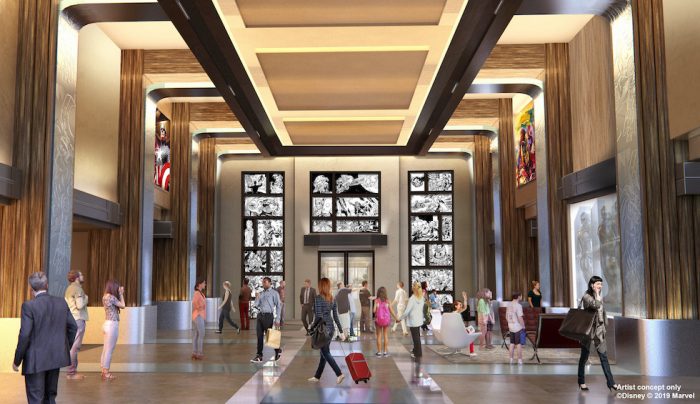 Now comes the really cool stuff. Disneyland Paris will also be the home to Hotel New York – The Art of Marvel, which is an existing hotel that’s being completely remodeled to celebrate 80 years of Marvel history. Attractions Magazine says when it opens, the hotel “will feature one of the largest publicly viewable collection of Marvel artwork in the world.” The main lobby area (above) will be themed to resemble an art gallery, and guests will see more than 300 pieces of art on display from 50 different artists, showcasing things like Marvel Comics covers, original sketches, storyboards from Marvel Studios, and more. 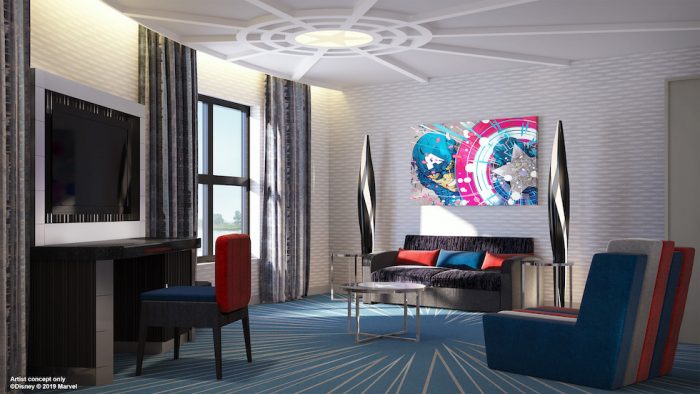 Each room will be redesigned and include Marvel artwork, with suites themed after Spider-Man and the Avengers. 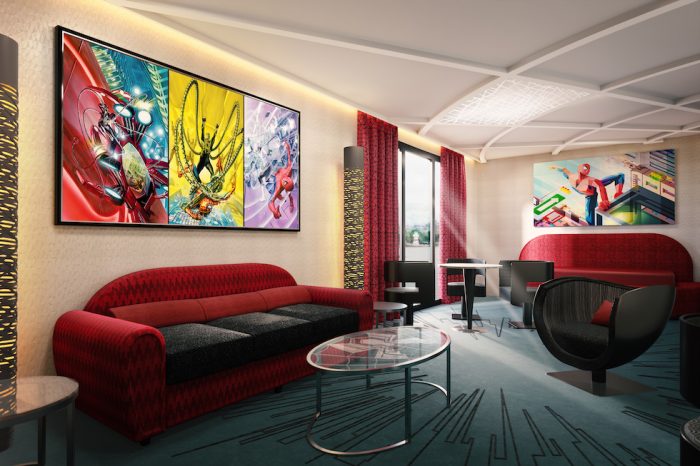 All Empire State Club rooms will feature “subtle inspiration from Iron Man,” which you can see in the red and yellow color scheme in the image above. 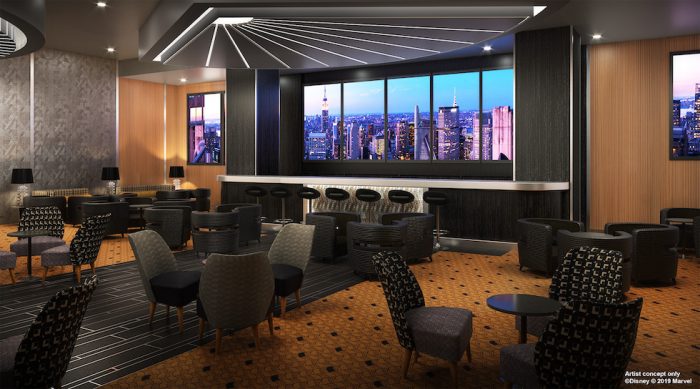 There’s also going to be a Skyline Bar, which “offer views of the skyline of New York, featuring some heroic surprises.” Again, this will be at Disneyland Paris, so that means this skyline will be on a virtual loop, and the surprises will likely include familiar characters swinging or flying by. I’d love to see a full-scale superhero fight scene happening on those screens, but that may just be wishful thinking. 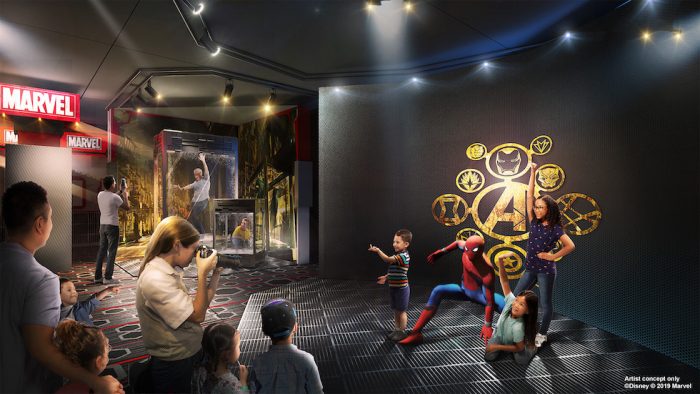 If a digital version of the characters doesn’t do it for you, this will be the first Disney hotel to offer meet-and-greets with Marvel superhero characters at an area they’re calling Superhero Station. And if you look in the background of this image, you’ll see photo opportunities where guests can make it appear as if they’ve been trapped among The Collector’s eccentric roster of trinkets. The one thing that isn’t pictured is an additional photo op where you can wield Thor’s hammer.

Disneyland Paris’s new Marvel hotel is set to reopen in Summer 2020, but potential guests can begin making reservations on November 5, 2019. You can head to Attractions Magazine to see a few more pieces of concept art.