Bong Joon-ho doesn’t hand his cast a script – he hands them a comic book. Or more accurately, a book full of the film’s storyboards that the Oscar-winning director meticulously draws himself. Bong has been known for storyboarding all of his movies before he ever gets behind the camera, shooting with a level of precision that is rarely seen in filmmakers today. And no film better shows that precision than Bong’s Best Picture-winning film Parasite.

Bong’s Parasite storyboards show the director envisioned every shot from the beginning, allowing him to shoot in a tight 77-day production. We’ll soon get to see exactly what that vision was with the release of a graphic novel compiling the Parasite storyboards drawn by Bong, some of which have already been teased online ahead of the novel’s May debut. And this being the internet, someone has already whipped up a video comparing Bong’s Parasite storyboards and the final product that made it to the screen. See how Parasite went from storyboards to screen in the video below.

PARASITE – Storyboard to Film
Director Bong Joon Ho storyboards the entire film before he rolls the camera. He does not shoot master shots or any coverage. He shoots his storyboards. Here is a quick comparison of the storyboards and the final film…#filmmaking #craft pic.twitter.com/Yga13q9KKH

Most directors work from a script, but Bong works from a storyboard — a tool used by many filmmakers, but rarely to the degree that the South Korean director does. The common way of shooting a feature film in Hollywood involves master shots, and multiple angles and camera shot types to guarantee as much coverage as possible, so the editor can have various options when putting the film together. But, as an in-depth profile with Vulture revealed, Bong does not shoot coverage. Instead Bong shoots exactly what he imagines, editing as he directs, based on his storyboards that he draws before the cameras ever start rolling.

“Bong meticulously storyboards everything he shoots, and his movies look like individual frames come to life,” Alex Jung’s Vulture writes. “He sketched out every scene for Parasite and Memories of Murder himself — complete with dialogue — and for films with bigger visual effects, like Okja and Snowpiercer, he worked with an artist.” We can see in the above video that every gesture, every camera movement is drawn out by Bong, with the dialogue written out too. This meticulous mode of filmmaking via storyboards is increasingly rare with modern directors, but it’s a method that Alfred Hitchcock — who Bong has been frequently compared to — was famous for.

Bong’s storyboards are so detailed that Steven Yeun, who starred in Bong’s Okja, compared the “fully bound books” of the storyboard that he received to a “manga” comic book. So it’s fitting that Bong’s Parasite storyboards will be getting the graphic novel treatment with the soon-to-be-released in PARASITE: A Graphic Novel in Storyboards. The graphic novel, which features a foreword written by the director and provides early concept drawings and photos from the set, is available for pre-order now before it hits shelves on May 19, 2020.

See the cover for the Parasite graphic novel below. 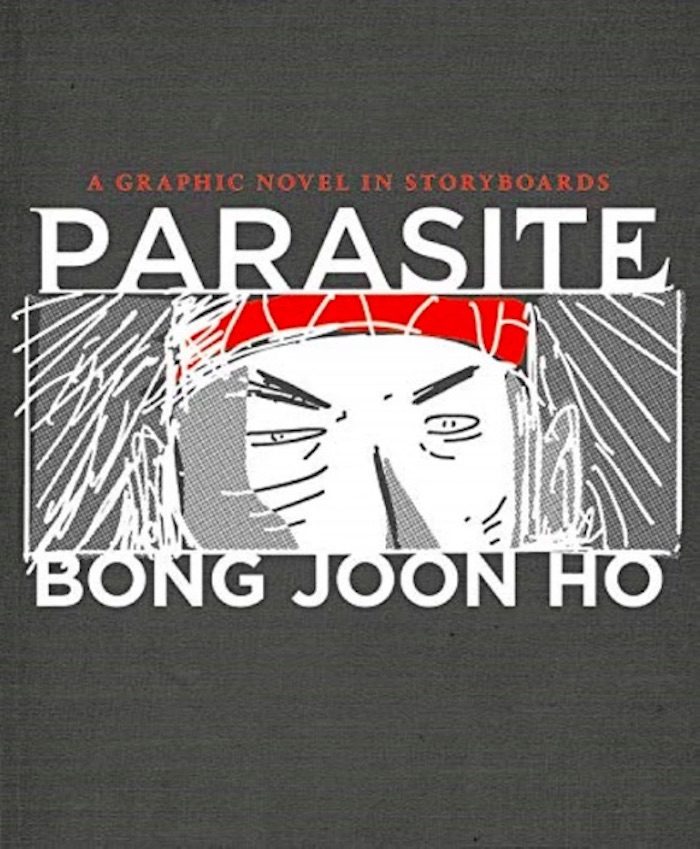 The post Watch: ‘Parasite’ From Storyboard to Screen, Ahead of Graphic Novel Release of Bong Joon-Ho’s Storyboards appeared first on /Film.